We recently took the decision to upgrade all of our high definition wireless systems to Teradek's new Bolt Pro 3000 system. We've tested them in all sorts of locations so far from Scottish Mountains to Helicopters in Norway and everything in between. They always perform flawlessly but it's only on a recent shoot that they truly surprised us with their ability to significantly aid workflow in a tricky location and provide options for production that previously wouldn't have been available without significant expenditure on a licensed wireless system and operator.

We were providing VT equipment and an operator to HLA shooting a TVC for Bet365 at Stoke City FC. The shoot involved shooting actors reacting to a live Premier league match shot on Alexa Mini and long the long end of an Optimo 24-290. Production had assumed there was no chance of receiving a picture back at the client area which was at the other end of the stadium, the full length of the pitch away without direct line of sight and with no particular reflections behind or to the side with the open corners of the stadium at both ends. Our fearless VT op on the day (Duncan Lees - available for hire..) wouldn't take no for an answer and set up a Teradek Bolt Pro 3000 RX and multipanel antenna just within the execs box - due to H&S nothing was allowed to be rigged on the balcony itself... this was plumbed into the usual monitoring aswell as via our own Qtake wireless network for viewing via iPad/iPhone and also to the 42" house screen within the box. The connection held with no interference throughout and completely enhanced what would usually have been a tricky sequence of shots to work through usually.

Considering the Teradeks work on the license free 5GHz band we're so impressed with what we were able to achieve... thanks Teradek!! 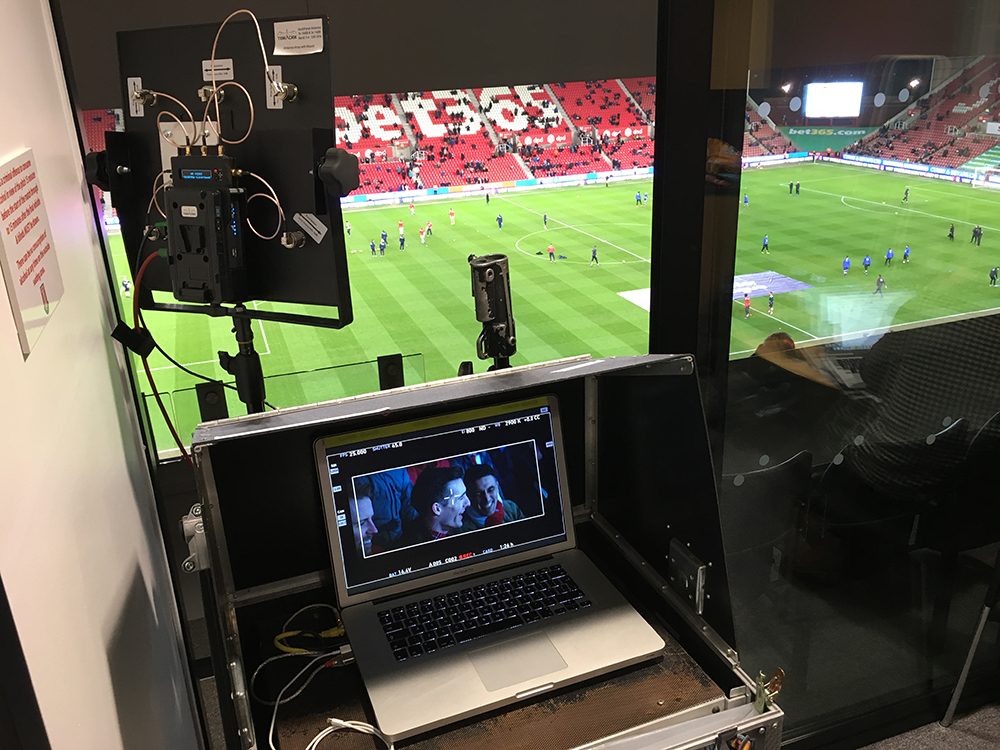 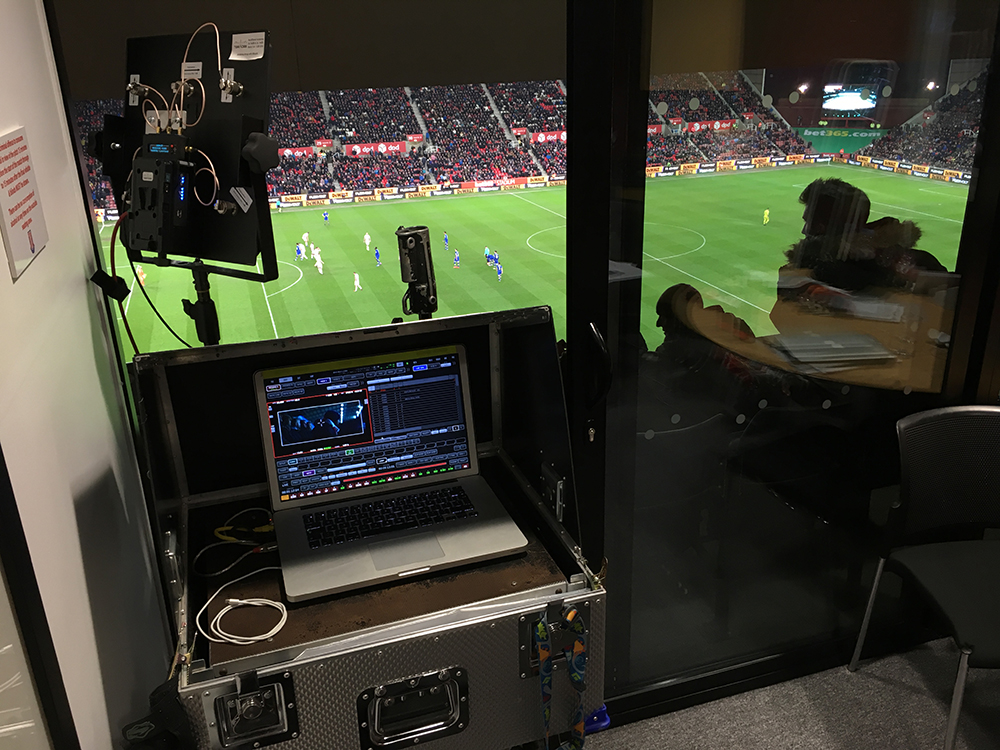 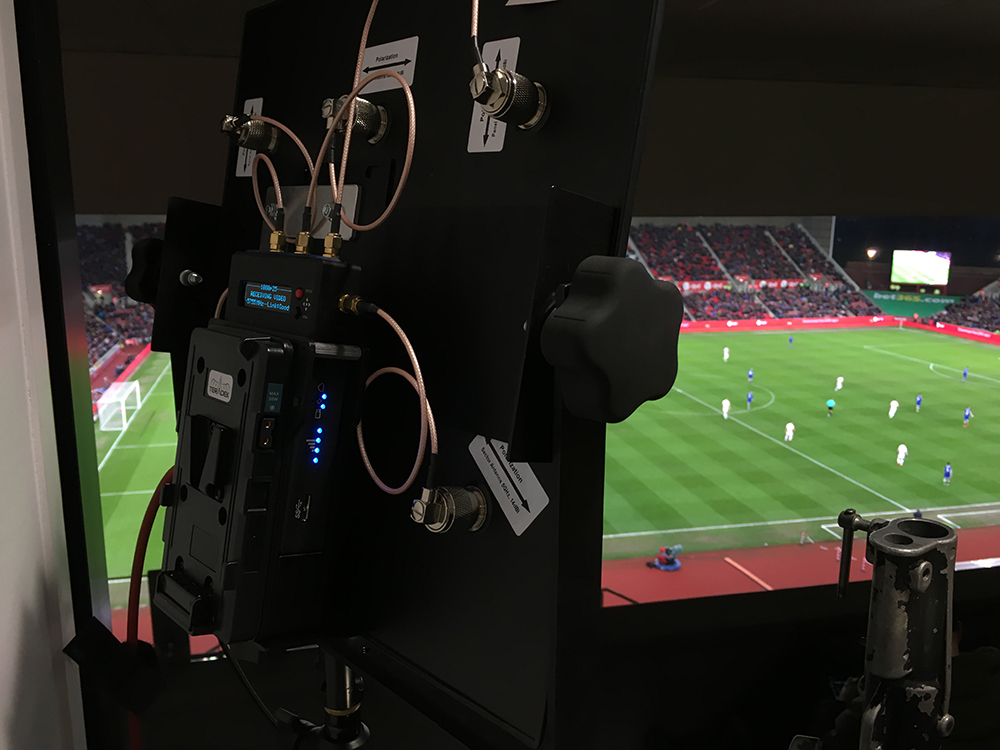 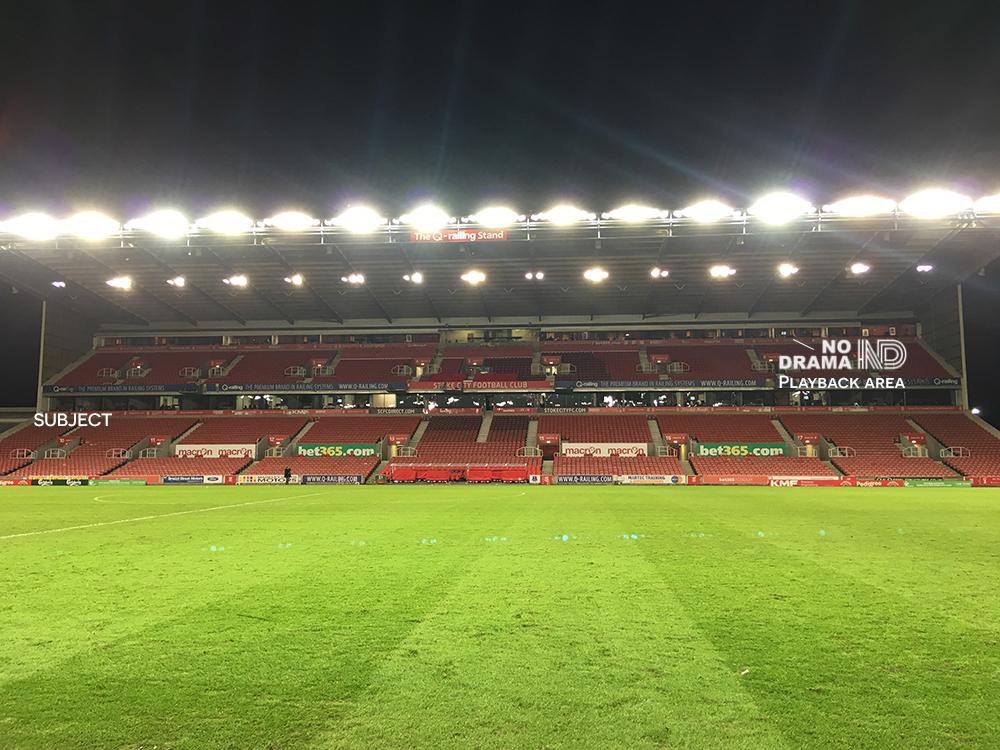 Shooting Our Way Out of Lockdown..